The year was 2016. By most accounts, print journalism was dying.

The rise of free digital content, the decline of trust in journalism and a drop in advertising revenue had led to what the Atlantic called a “print apocalypse.” Layoffs began; more layoffs were promised. Per the New York Times, “you would be hard-pressed to find a newsroom devoid of uncertainty anywhere in the country.”

In the meantime, though, many online outlets were going strong. Silver Century Foundation, for one, had been publishing online articles about aging for more than half a decade. And through its growing, grantmaking efforts—now focused on directing media attention to aging-related topics—its influence was rising.

As experienced journalists found themselves without employment, Kay Klotzburger, Silver Century’s founder and president, thought that now might be the perfect time to hire some of them to freelance. But she wasn’t alone. Another online outlet, Kaiser Health News, was also in the market for such writers. And Kaiser, backed in part by the formidable Kaiser Family Foundation, had readers in the millions—with a budget to match.

As Klotzburger researched, she found that many seasoned journalists were, in fact, gravitating to Kaiser Health News. Instead of being daunted, she saw opportunity.

Silver Century was publishing great content but was struggling to draw in a large readership. Since Klotzburger’s main goal was to get content both written and read, why not partner with an organization that already had a massive audience—plus a bigger staff?

Silver Century had already found success with a similar arrangement. In 2014, it became an ongoing funder for the Gerontological Society of America’s Journalists in Aging Fellowship Program, which was prompting exponentially more articles to be published about aging. But when it came to the Kaiser idea, there was a hitch. As Klotzburger put it, “Kaiser is a billion-dollar organization, and I’m a little minnow.”

Step one: Get a foot in the door.

“First, I did a little research,” Favier recalls. She found no clear way to contact Kaiser about grants. There was no donate button on the website, no call for funds.

So she looked into which organizations were doing the funding, besides the Kaiser Family Foundation. “I discovered that these were highly well-known and wealthy foundations,” she says—organizations with hundreds of millions of dollars or more in their coffers.

Given all this, did Kaiser Health News even need more funding? And without inside connections, could Silver Century find that out? Favier’s initial phone calls to the news outlet went unreturned. So Klotzburger tried to make contact herself. No luck.

It was an unusual situation—a foundation wanting to give away money but unable to get in touch with the entity it wanted to fund. Yet Klotzburger wasn’t about to give up. Around 2017, she enlisted David Goldsmith, a consultant to both nonprofits and foundations, to dive in further.

The strategy was to identify ways in which KHN’s needs and mission aligned with Silver Century’s.

Goldsmith took a new tack. Instead of contacting Kaiser Health News, he reached out to its main funder and publisher, Kaiser Family Foundation. And he did so with a tried-and-true strategy: identifying the needs of both the nonprofit and the foundation.

“I’ve come to realize, it’s not about one keeping the other one alive,” he says. “The foundation has needs. The foundation has a mission. And the nonprofit has needs and a mission as well. So it’s about looking for how you can connect the two through a relationship that helps to meet both those needs.”

“When I had that initial conversation with him,” Goldsmith says, “he mentioned that they had a fair amount of funding for the writing of articles on the issue of aging in general, but they did not have much funding for issues around the aging of baby boomers. So that kind of opened the door.”

Goldsmith knew that Klotzburger was interested in aging well, no matter the age, so the two organizations’ needs would mesh. He set up a meeting with Rousseau and Klotzburger, “and the relationship built from there.”

For Kaiser, the relationship turned out to be an unusual one. About 60 percent of the funding for Kaiser Health News comes from the Kaiser Family Foundation. For the rest, Kaiser works mostly with large foundations in long-term partnerships.

The idea of working with a smaller funder that had a specific topic of interest was new. So there was a lot of internal discussion to be had.

One benefit of working with larger funders, though, is sustainability, Rousseau notes. “When we think about setting up a new program or expanding into a new geography, we want to make sure we can stay there for the long term and not just have a one- or two-year commitment to that region or that topic.”

On the topic of aging, Kaiser already had sustainable funding. Thanks to the Hartford Foundation and the Gordon and Betty Moore Foundation, Kaiser had a large team reporting on issues that older Americans face when they access health care—topics such as what the end of life looks like and how age-friendly hospitals are created.

But Klotzburger proposed a different angle: longevity. Silver Century’s tagline was “preparing for a longer life.” People were living longer but weren’t necessarily grasping what that entailed—and how to plan for it.

… fortunately, with Silver Century, we found out it was a good fit.”

“As a society, we needed to start a more viable, informed conversation about longer lives and older people,” she says.

And this “sounded exactly like something I knew our newsroom wanted to cover that we didn’t have enough resources to cover,” Rousseau says.

That was essential because of Kaiser’s commitment to maintaining a wall between funders and reporters. When a foundation approaches Kaiser to fund reporting on a topic, “the first question is, ‘Is this something that we’d do anyway, if we had additional money to do it?’” Rousseau says. If the answer is yes, Kaiser can take the grant. If it’s no, they can’t. “It’s the difference, really, between journalism and sponsored content.”

For example, large health care foundations often want more coverage on a specific disease, Rosenthal explains. Kaiser won’t take that money. But Klotzburger understood the boundaries “right from the start,” Rosenthal says. “And aging and longevity concern everyone. So it wasn’t a real niche issue.”

Over the next few months, Kaiser and Silver Century negotiated an agreement. The grant would be for one year, to start—not the multiple years Kaiser was accustomed to. And it would cover freelancers, not journalism salaries—another departure from the norm.

For her part, Rosenthal was all for an outside-the-box arrangement. Because of Kaiser’s flexibility, “we can try a partnership with a new grantmaker or with a new media partner—or try a new form of journalism. And if it doesn’t work, we gave it our best, and no bad feelings, hopefully—it wasn’t a good fit. But fortunately, with Silver Century, we found out it was a good fit.”

As a nonprofit, Kaiser Health News allows other outlets to republish articles for free with attribution. Silver Century-supported stories have been republished by myriad organizations, including CNN, the New York Times, NPR, USA Today, Time, Yahoo and ABC News.

“These are stories we wouldn’t be able to produce if not for the support from the Silver Century Foundation,” Rousseau says.

They’re also topics that are under-covered in general. “Most of the reporting about care for seniors is looking at what happens when they’re sick,” Rousseau says. “A lot of the reporting we’ve been able to do with the support of Silver Century is focused more on healthy aging.”

During the Covid pandemic, KHN doubled its output, thanks to grantmakers like Silver Century.

“The grants go into our sense of mission and purpose, and how we choose to assign our reporters to stories,” Rosenthal says. “The grants align with what we would like to cover anyway, but often, we wouldn’t have the resources to cover that without the grants.”

For example, during the COVID pandemic—a disease that disproportionately affected older people—Kaiser Health News “doubled the output of our stories,” Rosenthal says, “and that’s because of our grantmakers, who’ve allowed us to expand our staff and our freelance assignments.”

As the nation ages, “there really is so much to think about—particularly in this area of longevity,” Rosenthal says. “We all should be invested in this because we’re all going to be there [older] someday.”

Klotzburger now has frequent conversations with Rousseau and Rosenthal, lending insights and information. “Silver Century has been a really model funder,” Rousseau says. “They’ve respected that editorially independent firewall, but they’ve also contributed lots of ideas that have made our coverage smarter and better.”

Here are just some of the Kaiser Health News articles that the Silver Century Foundation’s grant supported in 2020: 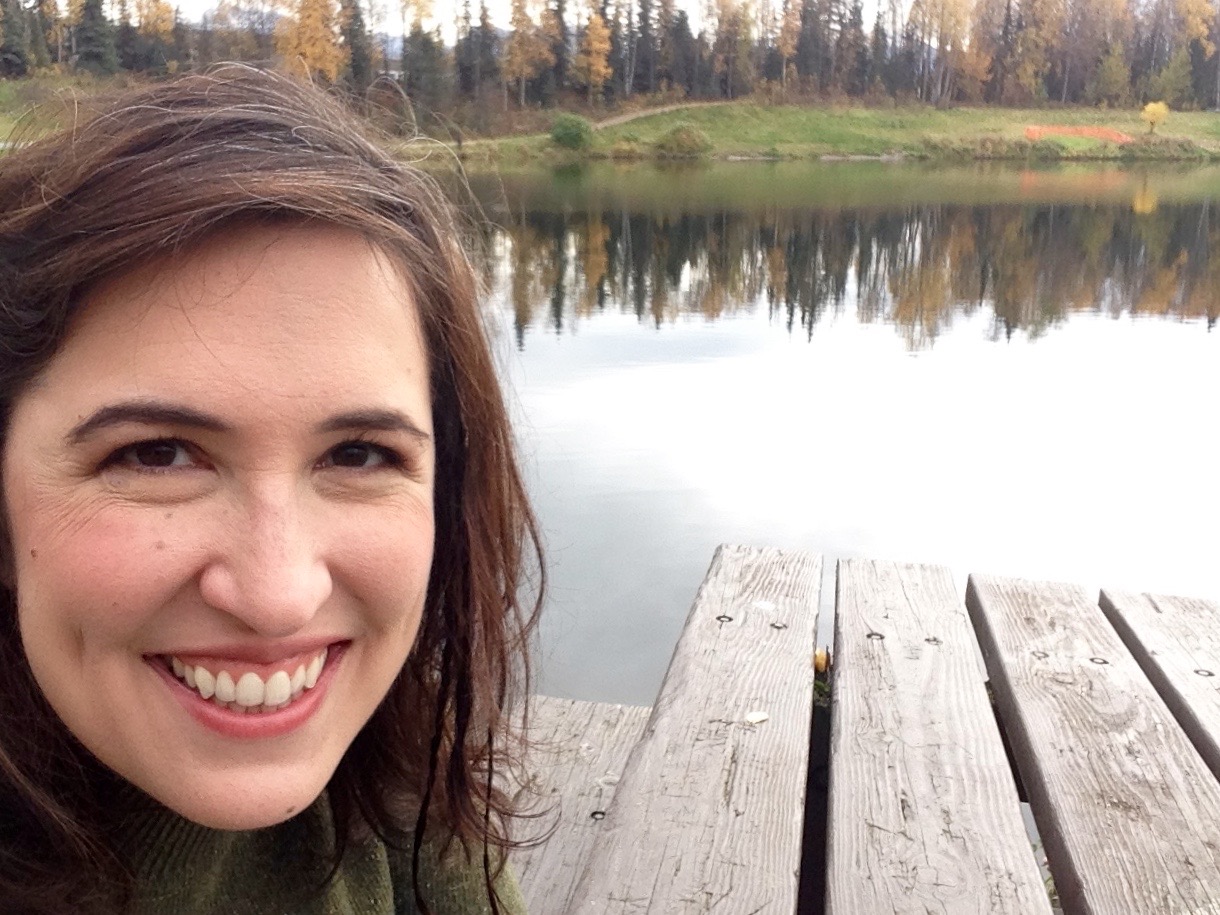