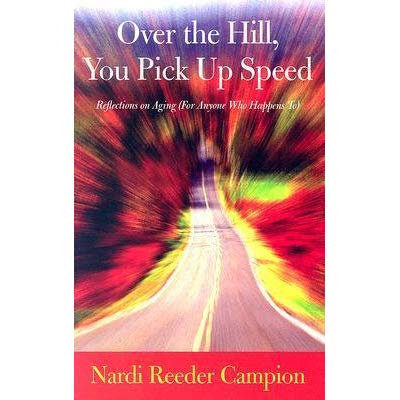 Reading this very funny, unusually candid book is like having a conversation with a dear friend, no longer young, who is willing to talk about what old age is really like. Over the Hill is a collection of Campion’s columns from the Valley News in West Lebanon (NH), which published her work for 25 years. She also wrote nine books, plus articles for publications such as the New Yorker and the New York Times.

Campion, who died in 2007, always was willing to laugh at herself. In one column, she describes the embarrassing incident that convinced her it was time to give up driving. In the next, she turns to the subject of “Twelve Ways to Get Around Without a Car.” Number 11 is hitchhiking, which she tried three times (at the age of 86) before deciding it wasn’t for her. This is great reading for anyone who appreciates understated humor and wants to peek at what future years may bring. 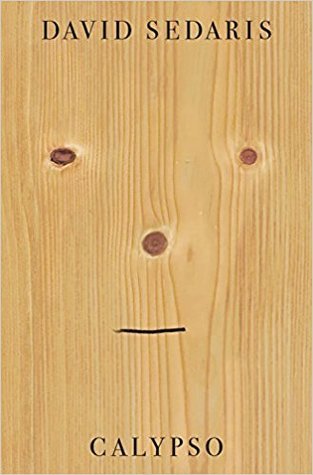 By David Sedaris—Little, Brown and Company, 2018

After a five-year hiatus, humorist and essayist David Sedaris returns to the bestseller list in his signature style, ruminating about family and aging (he’s 62). Those new to Sedaris’ writing will be quickly brought up to speed about his siblings, his sister who took her own life and his dad, now in his 90s. It’s his late mother, though, who figures prominently here and whose influence continues long after her passing. Clearly, the funnyman still misses her and longs to make a true connection with his father and remaining siblings while he still can. So he purchases a beach house (names it the Sea Section) in North Carolina, where the family can gather to both get away and reminisce. Returning fans will find this essay collection as insightful, biting and funny as ever, if a bit darker at times—Sedaris facing his mortality, perhaps? His observational humor targets the state of politics (no Trump fan, he) and his family members (he’s tender and scathing in equal measure). If you love an I-can’t-believe-he-said-that moment, this is the book for you.

New York Times reporter John Leland undertook a project to research old age, not from those studying it but from those living it. He followed six New Yorkers, all 85 or older—no marathoners or record-breakers but everyday folks—and shared the intimate makeup of their days. They lived with and without illness and limitations, independently or with varying degrees of help. Almost everything about them differs, except for the fact that they each have made their way to a place of contentment and slower living that allows a connection with others. Each person fears dying, but not death itself; all six find joy in reminiscing and in plans for tomorrow. As for Leland himself, despite a good relationship with his 89-year-old mother, he was not expecting to enjoy himself in the year he invested with his subjects—he didn’t buy “the older we get, the happier we become” platitudes. But after his year with the oldest old, Leland became convinced there was wisdom there, and that he was the better man for embracing it.

Henry Alford takes readers along as he interviews people over 70 about the concept of wisdom. He describes contemporary studies of the aging brain, scholarly studies of wisdom, and he throws in quotes from sages, ranging from Buddha to Muhammad Ali. Alford’s interviewees discuss everything from the importance of living in the moment to the way they feel about dying. For instance, playwright Edward Albee disapproves of death as a “terrible waste of time,” while spiritual leader Ram Dass says he has a “very friendly attitude to it.” In the end, the wisdom in the book comes mostly from Alford himself as he pulls ideas together.

Interspersed is the saga of Alford’s mother’s divorce, which occurred while he was writing How to Live. This engrossing story of a woman willing to make a new life for herself at 79 definitely holds your interest, though it may not have much to do with wisdom. How to Live offers few earthshaking insights but lots of small epiphanies. 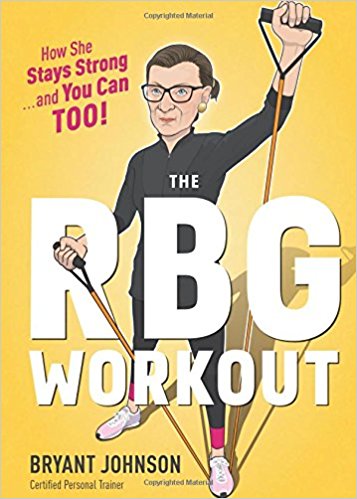 This terrific little book packs a punch, or at least a kick or two. Personal trainer Bryant Johnson shares the exercise routine he developed for US Supreme Court Justice Ruth Bader Ginsburg. Complete with illustrations and tips, the book takes us through the workout, with bonus anecdotes about the pair’s long friendship. (Ginsburg calls Bryant the most important man in her life.) The workout is indeed challenging. Planks! Medicine balls! But it’s also designed so you can do it at home with minimal gear. So instead of being intimidated, let this inspire you. After all, 85-year-old Ginsburg has been doing this for a long time, and she’s on top of her game—in the gym and on the bench. 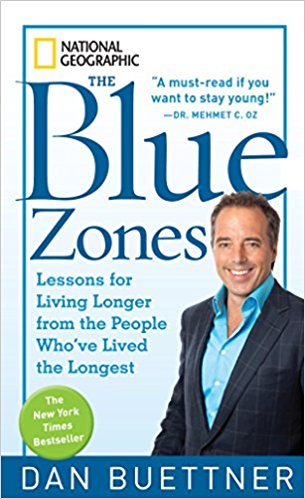 How do some people manage to live so long? Explorer and journalist Dan Buettner looked for answers to this question by identifying blue zones, regions with high concentrations of very old people, and analyzing lifestyles in four of them: a mountainous area of Sardinia; rural villages in Costa Rica; the tiny islands of Okinawa; and Loma Linda, California, home to 9,000 Seventh-day Adventists. Buettner brings these places and people to life, interweaving profiles of the very old and interviews with experts on aging. In the final chapter, he presents nine longevity lessons. Among other things, he recommends eating less meat, incorporating more physical activity into your life (walk, don’t drive) and having a strong sense of purpose. If you follow his suggestions, there’s no guarantee you’ll live to 100, but he argues convincingly that you can add at least 10 healthy years to your life. 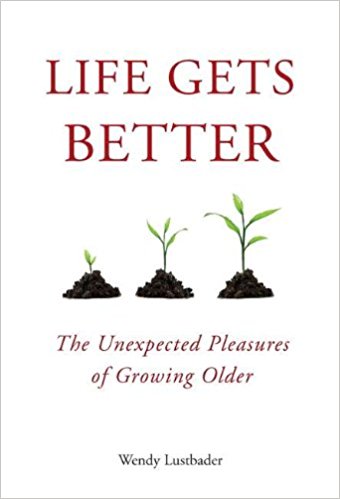 Are you afraid to grow old, dreading senior moments and lost independence? Is it folly to expect any pleasure in aging? In this positive book, social worker and geriatrics expert Wendy Lustbader reveals what she’s learned by working with older people: there is indeed plenty to look forward to in our later years.Whether you are looking ahead for yourself or searching for insight on older loved ones, Life Gets Better offers illuminating stories from those in midlife and beyond. The keys to happiness, shares Lustbader, are choosing battles wisely, forgiveness and gratitude. She tells us there is self-satisfaction from surviving life’s trials; the pleasure comes in knowing what really matters. Lustbader doesn’t imply that the best is yet to come. She proposes that the worst may be behind us. 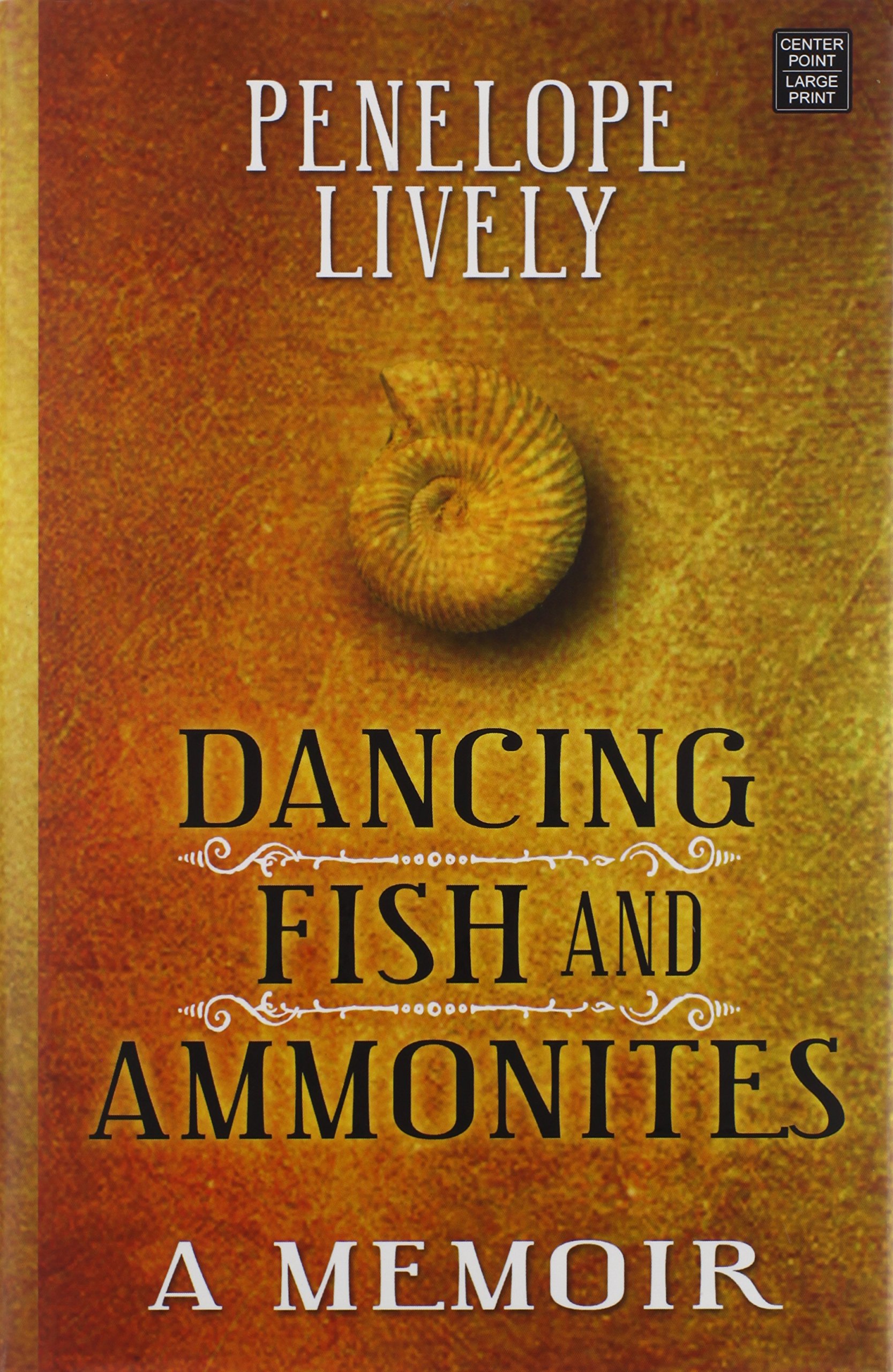 “This is not quite a memoir. Rather, it is the view from old age.” Novelist Penelope Lively gives fans a glimpse into what has shaped her, letting us know that at 80, she feels as fresh and alive as she has ever been. She experienced a lonely childhood in Egypt and was sent to boarding school in England when her parents divorced. She ruminates on the decades’ passing and shares what she takes from each, briefly touching on a long marriage and motherhood (more, please), suggesting we are as a rolling stone, picking up depth as we go along. She writes about her work, her memory, her reading. Her books remain her one true vice; she admits they are the only possessions she’ll never give up. The charming and intimate musings from this closely observed life leave readers with the understanding that old age is ever evolving and not to be feared.

Are there choices to be made today to enrich our later years? What are the keys to a rewarding second half of life? The author asks these questions and more, not of social workers or academics, but of the real experts—those who have lived to 65 and beyond. Inspired by an encounter with an extraordinary 90-year-old, Pillemer, a Cornell University gerontologist, invested five years interviewing more than 1,000 Americans age 65 and over and lays out a blueprint for a fulfilling life. What sets this book apart from other self-help books is the poignant stories of successes and regrets of our older citizens. These are not biographies but rather the lessons they have learned and wish to share with those of us who follow, on topics such as getting and staying married, choosing a career, parenting, and living with and without regrets. If you are ready to grow older fearlessly, this book is for you.