What happens when people who are already in their later years have parents who are even older—and need a caregiver? Reporter Sharon Jayson investigates one possible solution. She wrote this article for Kaiser Health News, which posted it on April 3, 2017. It also ran in USA Today.

Like many peers in their 70s, Lois and Richard Jones of Media, PA, sold their home and downsized, opting for an apartment in a nearby senior living community they had come to know well. For 13 years, they have visited Lois’ mother, Madge Wertzberger, there.

Wertzberger, 95, is in assisted living at Granite Farms Estates. Lois, 73, and Richard, 76, who have been married 56 years, moved into an adjoining building in October.

“It wouldn’t take me more than three minutes to walk to where she is,” said Lois. “I don’t have to drive anywhere to help her or to meet with her [medical] team. I’m right here.”

The Joneses are great-grandparents. Yet they’re among a growing group of seniors with a living parent which means these 21st-century, postretirement years might well include parental caretaking. Expectations are altered amid the new reality of longer life expectancy and growing numbers of aged Americans.

“I pop in when I need to take something to her or discuss things. We see each other minimally once a week, and it can be more,” Jones said. “My youngest sister normally takes her to the doctor, but I do some sharing on that. Just because I’m here doesn’t mean I have to take her to her doctor’s appointments.”

When you retire, you hope for a new freedom from responsibility, but if you have very old parents, that just doesn’t happen.

Caregiving for an older family member is not what it was when [it was] first studied and the term “sandwich generation” [was coined for] those people squeezed between aging parents and young children, said Amy Horowitz, a professor of social work at Fordham University in New York City.

“Now it’s the children who are on the verge of retirement or who have retired and are still having responsibility [for] older parents,” she said. “In New York City, I know somebody whose almost-90-year-old mother is living in the same apartment building. It becomes, how do you balance your own life?”

Kathrin Boerner, an associate professor of gerontology at the University of Massachusetts, Boston, discovered a recurring theme in her research on centenarians and their adult children—that is, very old parents and their elderly children. Even if their children are not direct caregivers, they still must monitor their parents’ welfare.

“With the demographics we’re looking at, I refer to it as ‘aging together,’—the parent-child constellation will be a lot more frequent,” Boerner said.

“For a lot of people, that is the time—if you’re in good enough health—you hope for a time of greater freedom. You’re past all the other caregiving tasks and, for most people, they can dedicate to their own needs,” Boerner said. “But for those with very old parents, it just doesn’t happen.”

In her 2015 presentation at the Gerontological Society of America, she noted, “The very old are the fastest-growing segment of the population in most developed countries, with an expected increase of 51 percent of elders, age 80 plus, between 2010 and 2030.” And two-thirds of these very old have advanced-aged children, who typically serve as their primary caregiver.

Sometimes, it’s the older adult child with more health issues than the parent.

Carol Pali, 71, moved into Fort Washington Estates in Fort Washington, PA, in October 2014, prompted by a diagnosis of multiple myeloma, a blood cancer, around the same time she retired from full-time teaching.

“It got to a point where I was in and out of the hospital all the time,” she said. “I just decided I might as well move in here too. It’s better than having to take care of the house.”

On the rise: the number of people of retirement age who have moved into a continuing care community to be near parents who already live there.

Pali had lived in a townhouse around the corner from the community, where her mother, Peg Henrys, who [had] turned 97 [recently], had moved three years earlier.

“My mom moved from New Jersey to be closer to me,” she said.

Mother and daughter are in the independent-living section of Fort Washington Estates, about 25 miles north of Philadelphia.

“We get to see each other every day at dinner time, but she’s got her life here and I’ve got mine. We’re not with each other all the time,” Pali said.

“She’s in better shape than I am,” Pali said. “I had non-Hodgkin’s lymphoma before. And my mom has nothing, except she can’t hear very well.”

Theresa Perry, Acts’ corporate director of wellness services, said such parent-child arrangements are on the rise at their communities.

“They can keep an eye on Mom or Dad and don’t have to travel from where they lived,” Perry said. “It makes a big difference to them knowing the family is so close, and they can just walk over to visit.”

Jones, of Media, said she and her two sisters (one lives 10 minutes away; the other, 40 minutes away) have a weekly knitting date with their mother.

“We all knit and spend a good portion of the day with her,” Jones said of the Thursday sessions.

“We have joined in so many of the activities here,” she said. “We have a whole new social group. There are a lot of activities we participate in here at Granite Farms, but we haven’t given up our outside friends or activities.”

Jones said she and her husband sought to escape from the worries associated with a larger home and assume control over their future while they could. Living near her mother lets them blend caregiving with a relatively carefree lifestyle.

“We were looking to exchange responsibility for fun,” she said. 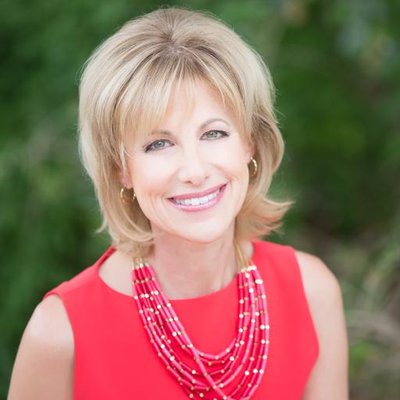