David Astley is a former journalist in his early 70s, who has been traveling the globe for most of his life and hopes never to stop. Born in the UK and currently living in Australia, he edits an online magazine for older travelers and occasionally writes for other publications on aging issues, climate change and sustainability. He has a particular interest in how these topics relate to the quality of life in developing countries around the world.

As a frequent traveler, I’m used to having vaccinations and regular booster shots, and I have never had any adverse reactions to them. Even those like yellow fever and typhoid, which are sometimes regarded as “the nasty ones,” as far as side effects are concerned, were a breeze. A slightly sore arm was the worst that I’ve ever experienced. The only vaccination I’ve not had to date is the one for Japanese encephalitis.

So, it was with no trepidation at all that I turned up at our local clinic for my first COVID-19 shot. I joined one of two lines of over-70s shuffling forward, socially distanced six feet apart, in through the front door, onto a seat in one of the treatment rooms, where the vaccinations were administered by two nurses under a doctor’s supervision, then out the back door in an impressively well-organized, assembly-line process.

Driving home, I felt smugly satisfied that I could tolerate vaccines without any after-effects and went about my normal routine for the rest of the day (although I did forgo my usual glass of wine with dinner, just in case). I went to bed feeling on top of the world, knowing that I was on my way to building some immunity to the deadly virus that had disrupted our lives for the past year.

When I awoke in the morning, I momentarily forgot that I’d had my COVID shot the day before—until I swung my legs over the side of the bed and felt a strange tingling sensation in my buttocks. Then I realized I was not feeling well at all. It was like I had a hangover, but not the usual alcohol-induced hangover, where you have a throbbing headache and feel sick in the stomach. This was like a hangover that penetrated through my whole body.

I tried to stand up but had to steady myself on a chair because I was feeling dizzy. I sat back down until the dizziness passed, then slowly made my way to the kitchen for breakfast. Strangely, I hadn’t lost my appetite, but I was very thirsty. I remembered that the nurse at the clinic had told us to drink plenty of water, so I guzzled down a large glass, followed by another of freshly squeezed orange juice.

I ate some breakfast and then decided to go back to bed. For the next two hours, I experienced some of the weirdest sensations I had ever felt. There was a dull pain under my rib cage that came and went. From time to time, I felt mild stabbing pains in different parts of my body. Nothing that wasn’t tolerable but uncomfortable. I would feel a twinge in a knee. That would go away after a few minutes but then I’d feel pressure on a toe. That would disappear after a while, and so it went on, wondering which part of the body would feel funny next. Through all of this, I was feeling very spaced out and dizzy if I tried to stand up.

I didn’t feel too concerned because it was mostly low-level discomfort, and I’d read that the COVID vaccination can have these sorts of side effects on people. I’d read too that the sensations I was experiencing were because my immune system was reacting to the vaccine and doing what it is supposed to do.

After several hours, the strange pains disappeared, but I continued to experience my “hangover” for most of the rest of the day. I stayed in bed until I started feeling better, about 10 hours later. During the evening, I felt tired but relatively normal—until I lay down to sleep. As my head hit the pillow, I became aware of a loud thumping noise in my right ear. I initially thought that maybe it was a blood vessel near one of the auditory nerves in the ear, but then I realized it was beating faster than my heart and at a more irregular pace.

I turned onto my side, and then to the other side, and sat up a few times to see if it would go away. It didn’t, so I got out of bed and walked around, shaking my head, but the noise persisted. I tried some neck-stretching exercises, but that made no difference.

The noise was the only thing that worried me all day. It wasn’t painful, but it was loud, and it was unlike anything I’d experienced before. I’d also not read anything about such sensations after a vaccination, so I wondered if it was unconnected.

Suddenly, the noise changed to a gurgling sound, like the last of the bath water disappearing down the drain, and then, as quickly as it had started, it stopped.

“That was bizarre,” I thought to myself, and I waited to see if it would return. But it didn’t. And so I returned to bed and I slept.

The next morning, I felt fine, just a little tired. It seemed like the vaccine had done its work, and that worrying, gurgling sensation in the ear was the farewell signal from the side effects.

I mentioned to my daughter what had happened, and she remarked that I’d had a much better experience than one of her friends, who had received the AstraZeneca shot. She was 30 years younger but had vomited the day after she received her jab. And a friend of mine, who is three years older and who had just had his second Pfizer vaccination, told me he had no reaction whatsoever to either dose.

It appears that people react in different ways to the various vaccines, and there’s no way of telling in advance whether you will experience side effects or what they will be.

Vaccines are normally developed and tested over a five- to 10-year time frame, but the COVID vaccines have been developed in under a year. This was achieved because of the commitment of scientists and governments who recognized the threat to humanity the disease presents.

For me, the risks associated with a new vaccine are nothing compared to the risk of catching COVID and becoming seriously ill or dying. The stories of the suffering of people who are experiencing “long-COVID” were enough to make me want to be vaccinated at the earliest opportunity.

I’m told that the side effects from the second shot are usually worse than the first dose, but that’s not going to deter me from completing my vaccinations. I’m now prepared for what’s to come and will schedule a rest day for the day following my second shot. I feel privileged to be among the first to have been vaccinated. 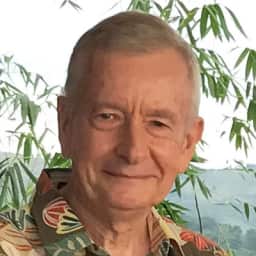 David Astley is a former journalist in his early 70s, who has been traveling the globe for most of his life and hopes never to stop. Born in the UK and currently living in Australia, he edits an online magazine for older travelers and occasionally writes for other publications on aging issues, climate change and sustainability. He has a particular interest in how these topics relate to the quality of life in developing countries around the world.

Will the Nursing Home of the Future be an Actual Home?

The pandemic is likely to have long-term effects on residential facilities, but change won’t be quick or easy.

Trouble Managing Money May Be an Early Sign of Dementia

Unsound financial decisions can indicate impaired memory and loss of self-control, which are often early symptoms of cognitive decline.

Elisabeth Rosenthal of Kaiser Health News reminds us of the irreplaceable value of in-person health visits.

How Humanity Gave Itself an Extra Life

The last 100 years have been bookended by pandemics—yet the human lifespan has doubled. The New York Times Magazine takes a deep look at where we are, and where we may be heading.