Lotus Chau delves into the situations of Chinese American families who have older relatives to care for. Chau is the chief reporter for the New York edition of Hong Kong’s Sing Tao Daily. In writing this article, she had the support of a Journalists in Aging Fellowship, sponsored by the Silver Century Foundation, as part of a fellowship program created by New American Media (NAM) and the Gerontological Society of America. The article was posted at NAM’s website on February 4, 2016, and it’s reprinted here with permission.

Almost three in four Chinese American family caregivers say they feel the stress and burden of caring for their elderly parents, according to a recent study from Rush University Medical Center and Northwestern University Feinberg School of Medicine in Chicago.

According to the lead researcher of the Filial Piety Report, Dong Xinqi, MD, MPH, who directs the Chinese Health, Aging and Policy Program at Rush, “Traditional Chinese values center around the family, and they have major effects in the organization and arrangements for the care of Chinese elderly people. As an important part of Chinese culture, filial piety determines the obligation for adult children to take care of their parents.”

The report, which Dong described at the recent conference of the Gerontological Society of America in Orlando, focuses on “filial piety and the relationship between two generations” among intergenerational Chinese families in America, he said.

Not only did the study find that 73 percent of the adult children in the survey said they feel stress from their elder-care duties, and even depression and anxiety, but 60 percent had a potential for abusing or neglecting their elder parent.

The report aims to extend understanding of Chinese American family well-being and is the sequel to the PINE Study, the first population-based study of Chinese older adults. The PINE Study (an acronym derived from Population study of ChINese Elderly) included 3,100 adults in the Chicago area.

For the new follow-up research, “We invited adult children aged 21 and older of the PINE participants in Chicago to participate in the piety study,” said Melissa A. Simon, vice chair of clinical research at Northwestern University’s Feinberg School of Medicine’s Department of Obstetrics and Gynecology and the study’s co-principal investigator.

Also on the research team were Bernarda “Bernie” Wong and Esther Wong, president and executive director, respectively, of the Chinese American Service League.

Influenced by Western culture, adult children do not fully understand the “Chinese meaning” of filial piety.

From 2012 to 2014, they interviewed 548 adult children, whose average age was 48, who had at least one parent, age 60 or more, who needed care. Sixty percent of the adult children were female, 80 percent were married and one-third lived with their parents.

Although family-oriented values remain important in US Chinese families, the researchers said, Chinese adults may experience significant health problems as a result of caregiving stress. About 40 percent of family caregivers in the study rated their health as fair or poor.

The Filial Piety Report indicates that the Chinese American adult children, under the influence of the Western culture, do not fully understand the “Chinese meaning” of filial piety. At the same time, their aging parents tend to have high expectations of filial piety.

Because of the difference in mindset between the generations, the Chinese American adult children face much higher pressure from taking care of their elders, compared to other ethnic groups.

According to the report, those serving as family caregivers found one of their most difficult responsibilities to be that “parents need their children to spend an enormous amount of time in providing care.”

More than half of the research respondents said they need to provide assistance for their parents’ daily living, or to find paid, home-care providers. One in nine of the adult children say that they “don’t have time for rest because of the need to take care of the parents.”

In addition, because many older Chinese immigrants speak little or no English, they face a language barrier and must rely on the children for their care, while other American seniors can look to medical services to maintain their well-being and control their chronic illnesses.

Because so many Chinese adults live with their parents or within a short distance from their parents’ home, in order to show family love or to provide care, the researchers found that six in 10 of the study participants have a “potential [for] abuse or neglect of the elderly.”

The most common issues for the adult children were their “inability to get their parents to control their temper,” “taking care of the financial affairs for their parents,” and “the inability to meet the parents’ needs.”

More than one in five of the Chinese adult children said they feel isolated, a much larger proportion than the overall American population.

Also, the researchers found anxiety to be very common among the adult children. Statistics show that more than half of Chinese adult children have such symptoms as generally negative feelings or worries, agitation, chronic insomnia, feeling distraught and restlessness.

To escape from these pressures, people who expressed a positive attitude look for emotional support in religion or in community support groups. Others turn to gambling, drinking or even playing mahjong. However, the research team emphasized that many merely utilize these devices as means of relaxation.

Dong emphasized, as well, that between 40 to 70 percent of Chinese adult children who deal with both child care and elder care at the same time show symptoms of clinical depression. These cases have led to their own physical illnesses and even suicide. 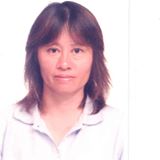 Lotus Chau grew up in Hong Kong, graduated from college there and arrived in New York City in 1988. She joined Sing Tao Daily, a Hong Kong newspaper, in 1997 as a reporter, covering news in the Asian community for the paper’s New York edition. Five years later, Chau was promoted to chief reporter, and she now heads a team of journalists that has won many awards.