Journalist Barbara Peters Smith digs into a disturbing study of the dark side of life in a nursing home. She wrote this article with the support of a Journalists in Aging Fellowship sponsored by the Silver Century Foundation, as part of a program that’s a collaboration between New America Media (NAM) and the Gerontological Society of America. Smith’s article was first published in November 2014 by the Herald-Tribune (Sarasota, FL) and also appeared on the NAM website. It’s posted here with permission.

The horrific possibility that their loved one has been abused in a nursing home can dawn on family members after the appearance of an unexplained cut or bruise.

Now researchers say that such injuries are often inflicted not by overworked health aides but by a seemingly harmless roommate or someone living just down the hall.

The first study to look at the scope of negative aggression between residents of US nursing homes has found that almost one in five people who live in these facilities is involved in such encounters within a four-week period.

These invasive, disruptive or hostile incidents—from something so mild as rummaging through a fellow resident’s belongings to outright physical or sexual assault—are so common at long term care facilities that “staff members seem almost unaware” that it’s a problem, said lead author Karl Pillemer, a professor at Weill Cornell Medical College and Cornell University.

The study results were made public at an annual meeting of the Gerontological Society of America. They provide new insight into the lives of almost 1.4 million nursing home residents in the United States…

“Nursing home care is essential for some older Americans; these are very necessary institutions and often very caring institutions,” Pillemer said. “So it may come as a surprise that we found such high rates of conflict and violence. It’s very likely that the consequences of resident-to-resident mistreatment are severe, leading to lacerations, bruises and fractures. The residents’ frailty makes these altercations more dangerous.”

The Cornell team looked at the cases of 2,011 individuals at 10 nursing homes, using a variety of methods to learn the extent of mistreatment—from interviews with residents and families to a study of reports by nursing staffs and inspectors. The result was “the most detailed portrait of this phenomenon ever developed,” Pillemer said.

Researchers created a profile of the resident most likely to be involved in this largely hidden abuse and found that such individuals are often housed together. Other factors that can ratchet up the level of this daily misery, Pillemer said, are crowded conditions and ongoing conflicts between roommates.

Not surprisingly, as in other care-quality measures, staffing levels also make a difference, he said. “The amount of residents each staff member has to care for relates to the rate of abuse.”

16 percent of residents were verbally abused and almost 6 percent were physically attacked.

Because skilled nursing facilities are more highly regulated than assisted living facilities (ALFs), it is somewhat easier to collect data on abuse that occurs there. But Pillemer said the Cornell team intends to apply the same methods and measures to ALFs in its next study. Because of the high prevalence of memory care units in such places—an estimated 60 percent of ALF residents have dementia—the problem of clashes between residents may be even more severe, he said. But the higher share of private rooms in ALFs could offer some protection.

“As nursing homes become more like hospitals”—with more critical care involved, Pillemer said—“assisted living facilities are becoming more like nursing homes. You have a high concentration of physically functioning people with some kind of cognitive impairment.”

Pillmer said that data collection is the first step toward bringing attention to this under-the-radar reality that too many facility operators view as business as usual.

“I think it’s a question of elevating the standard in part,” he said. “I think if we treat this as a public health problem, if we take the attitude of stopping violence in these settings, it could give us more of a handle on it.”

Elder mistreatment is also a human rights issue, said Pillemer’s fellow panelists, with a 2010 study finding that 11 percent of older Americans are subject to physical, emotional or financial abuse in the course of a year. Research shows that victims of elder abuse are three times more likely to be admitted to a hospital and four times more likely to land in a nursing home.

The estimate of prevalence is probably low, said Marie-Therese Connolly, a former director of the Department of Justice’s Elder Justice and Nursing Home Initiative, because “it’s based on random-digit phone surveys, which miss the most vulnerable. A lot of elders being abused don’t have phones, can’t get to the phone or are afraid to answer the phone or answer truthfully.”

After 20 years of research, the National Center on Elder Abuse is starting to put together a roadmap for tackling the problem, said center codirector Laura Mosqueda, who also chairs the Department of Family Medicine at the University of Southern California.

“This is such a big issue that cuts across all communities, and it can feel really overwhelming at times: How do we take bits of it and start to make progress that will add up?” she asked. “We’re trying to synthesize some of the current literature, so people in the field will know what to do with the research—so we’re not having the same conversations in 20 years.”

A new study finds that 19.8 percent of residents at 10 nursing homes were affected by resident-to-resident mistreatment in a four-week period. Here is the breakdown, with some people involved in more than one type of event:

16 percent: Verbal abuse, such as cursing, screaming or yelling
5.7 percent: Physical attacks, such as hitting, kicking or biting
1.3 percent: Sexual incidents, such as exposure, touching or trying to gain favors
10.5 percent: Invasive behavior, including unwelcome entry or handling someone’s possessions 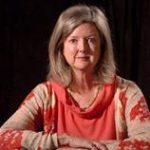 Barbara Peters Smith writes about aging for the Sarasota Herald-Tribune and edits its weekly Health+Fitness section. A graduate of Northwestern University’s school of journalism, she was an editor at newspapers in California and Florida until she decided at 55 to return to reporting to challenge herself professionally. She has two adult children, a poet and an artist.