As controversies swirl around end-of-life care, we all need to understand the broader choices that are available. Paula Spencer Scott tackles the subject here. She wrote this article with the support of a Journalists in Aging Fellowship sponsored by the Silver Century Foundation, as part of a program created by New America Media with the Gerontological Society of America. Her article first appeared in the hospice magazine, Touching Lives. It was also posted at the New American Media website. Scott is the author of Surviving Alzheimer’s: Practical Tips and Soul-Saving Wisdom for Caregivers (Eva-Birch Media, 2014).

When retired professor Jeffrey Butler suffered a stroke at age 79, the prevailing concept of “the best medicine” kicked in to save him. He survived, though unable to complete full sentences. During stroke rehab, he developed a painful intestinal hernia. To qualify for the surgery recommended to repair it, a cardiac exam was ordered. When it showed a slow heartbeat, a pacemaker was urged.

Although Butler had once resisted the device before his stroke, his exhausted wife, Valerie, now deferred to the doctors. The pacemaker was implanted and the hernia was repaired. But the degeneration in his body that had caused his stroke continued.

Questions Your Doctors
(And You) Should Ask

Medical choices are seldom black or white; they’re shaded by individual goals, needs and preferences. Some people prize physical ability above all, while for others being able to hug and communicate is enough. Some might go for a long-shot treatment regardless of the risks of stroke, disability or dementia. A few broad questions can “unlock transformative possibilities,” suggested Atul Gawande, MD, in his best seller, Being Mortal: Medicine and What Matters in the End (Metropolitan Books, 2014). Doctors can learn a lot about patients’ priorities with just these few simple questions, he says:

What is your understanding of your health or condition?

What are your goals if your health worsens?

What are your fears?

What are the trade-offs you’re willing to make and not make?

Gawande noted that discussions should be ongoing, because preferences and priorities change as the situation changes. Goals shift. Someone who pursued every possible therapy may reach a point where the side effects collide with other goals, like being comfortable enough to spend time with family, for example. Or they may be more, or less, willing to trade off time for pain.

If your doctor doesn’t initiate such conversations, it’s up to you to open the door for them, says Katy Butler in Knocking on Heaven’s Door. “The system is set up so that treatment after treatment will be offered until someone says enough,” she adds. “Doctors know this and may be relieved when someone says no.”

She offers some ways into this talk:

What is the usual course for people with my disease?

Is it likely I’m going to get better?

Since the illness is worsening, what will happen next?

Am I approaching the end of my life?

Would you be surprised if I died in a year?

It’s rare that medical decisions in advanced care need to be made instantly, Butler noted. “Take a couple of days to think, to talk to family, to discuss the pros and cons thoroughly or get a second opinion.”

At the heart of what should drive the medical decisions you and your designated decision makers make, say these experts, are big, personal questions, with answers as individual as we are: What does a good day look like for me, and is there a good way for medical care to maximize those good moments? What are the trade-offs for extra days or weeks (such as more or less pain, more or less physical functioning, more or fewer side effects)? Is there a way for medicine to give me more of what makes life have meaning for me?

The answers may lie in curative care, palliative (comfort) care or hospice care, often a mix of these over time.

The experience changed Valerie profoundly. She made sure to ask many questions when she faced her own health crisis at age 82.

Her cardiologist had told her that open-heart surgery to repair two stiff, leaking heart valves might allow her to live to 90. Without surgery, her odds of dying within two years were 50-50. She probed about the risks of stroke and dementia. She weighed losing what gave her life meaning and joy, like gardening, against a shot at extra time.

Then Valerie declined the surgery.

Doctors often say, ‘We have a lot of arrows in the quiver’—it’s like a code for ‘We will try treatment after treatment’
–Katy Butler

Instead, she spent the next five months with her grown children. She planned what should happen to her prized Swiss sewing machine. She updated her will. Her cardiologist continued to press for stents and bypass surgery, and she continued to resist. Palliative care and then hospice care managed her pain. And she slept in her own bed until the night before she died, lucid and conscious to the end.

“My mother saw my father suffer too long and unnecessarily because of medical treatments that were focused on extending life, not maximizing quality of life and happiness,” says Jeffrey and Valerie’s daughter, Katy Butler, who contrasted their stories in her bestseller Knocking on Heaven’s Door: The Path to a Better Way of Death (Scribner, 2013).

“She died the death she chose, not the death anyone else had in mind,” Butler says.

Studies show that most people prefer Valerie Butler’s path at the end of life. They want to be in control, free of pain, retain their dignity and achieve closure while surrounded by family rather than machines. They prize well-being over simply being. Surveys of doctors show that they too would rather die at home than the way most of their patients do—receiving aggressive treatment to the end.

In a study published in the Canadian Medical Association Journal (November 2014), seriously ill, hospitalized patients and their families identified the most important topics they wished to discuss with doctors. Topping the list: patient values, prognosis and fears or concerns. Yet most reported that such dialogues never happened.

“Doctors often say, ‘We have a lot of arrows in the quiver’—it’s like a code for ‘We will try treatment after treatment,’” Butler says. “What patients want to hear is, ‘We will take care of you until the end of your life. We want to discuss how you want to maximize your time at home, keep you comfortable and address your fears.’”

But here’s the problem: neither side brings it up.

When well-informed, patients with advanced illnesses and their families tend to choose less care, in less institutional settings; they often have improved quality of life. In-depth discussions can also lead to more use of beneficial palliative and hospice care.

A 2014 Institute of Medicine report urged Medicare reimbursement to health care providers for conversations about advance care planning, which some insurers already do. Such talks aren’t the same as the also-important arrangement of advance directives, such as living wills (which Jeffrey and Valerie Butler had).

“Paper directives are often only as useful as the conversations around them,” says Mickey McIntyre, chief program officer of Compassion & Choices, an advocacy group that helps families manage end-of-life preferences. “What makes them good is how prepared people are to talk to providers in a way they can hear to get the quality of life they want.”

Compassion & Choices is one of several groups designing ways to help people frame these conversations. A new, interactive English- and Spanish-language website, PrepareForYourCare.org, for example, uses geriatrician-created videos to help users decide what matters in life, tell others, and ask doctors effective questions. More than 20 diverse aging and caregiving groups have formed the Campaign to End Unwanted Medical Treatment.

“A lot of people go into health care settings not thinking logically because it’s an emotional time. Providers are trained to be logical,” says McIntyre. These approaches collide when the provider—due to training and the medical system itself—is focused on curing and extending life at all costs, but the patient lacks the full context, including risks, side effects, life impact and prognosis.

“Research shows that patients tend to be more likely than their doctors to reject aggressive treatments, once they’ve been informed of the pros, cons and alternatives,” says author Katy Butler. Doctors, meanwhile, tend to widely overestimate survival and future quality of life, research by Harvard’s Nicholas Christakis and others shows.

Looking back, Katy Butler wishes she and her family had realized that when her father had his stroke, they’d entered “a gray zone, where the emphasis shifted from curing to caring, where all the questions that needed to be asked of medical care had shifted.”

Her mother, in contrast, acknowledged and even embraced the gray. “I learned there’s a great opportunity in knowing your days are numbered,” Butler says. “She was able to settle her emotional and practical affairs in a way that was meaningful for her. She was able to give us that gift.” 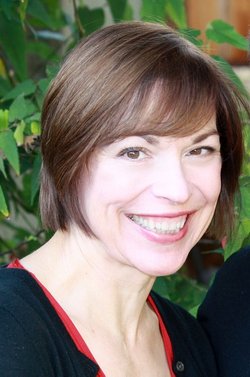 Paula Spencer Scott is the author or coauthor of 13 books about family and health and has been an editor and writer for magazines and websites ranging from Woman’s Day to WebMD. She was a caregiver for her parents, who died in their 80s, and brought those experiences to bear in her book, Surviving Alzheimer’s. She and her husband have six children and live in the San Francisco Bay area.