Skip to content Skip to main menu
Home › About Us › Board 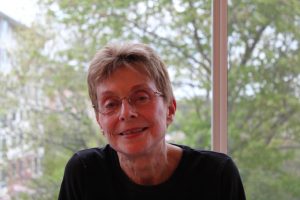 After nearly four decades of devoting herself to social and political issues affecting women’s lives, Kay created the Silver Century Foundation in 2003. She brings her vast experience in advocacy, academia and consulting to helping others—women and men of all ages—succeed in their quests to age well.

Kay spent nearly 30 years in academic administration, primarily at the City University of New York, and as a management consultant specializing in organizational effectiveness and equal opportunity. She was the director of the CUNY Affirmative Action Office. She served as the coordinator of the American Council on Education’s program in the New York tri-state area, where she guided efforts to help women advance into major positions in academic administration.

In addition to her work in the academic field, Kay founded Change-Agents, Inc., a management consulting practice providing consulting, counseling and training to colleges, small businesses and individuals wishing to make career transitions.

Along with an MA and PhD in political science from New York University and a BA in communications arts from Michigan State University, Kay holds certificates in business administration and psychotherapy. She is an ACE Fellow in Academic Administration and a certified NLP Master Practitioner. 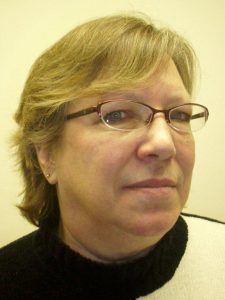 Barbara has dedicated her life’s work to assisting individuals of all ages to access opportunities for education, personal growth and self-discovery. That passion led her to help create EducationWorks, a nonprofit organization that engages AmeriCorps and the community to provide educational programs and services for children in Philadelphia, Chester, PA, and Trenton, NJ.

Before EducationWorks, Barbara implemented grant-supported programs for college/school collaborations at the NJ Department of Higher Education. She also guided a challenge-grant program for New Jersey’s community colleges. She has more than 25 years of experience in nonprofit leadership, in developing and implementing strategic plans, coordinating grants and evaluating educational programming.

Barbara holds a BA in psychology from Miami University and an MA in vocational rehabilitation from the University of Iowa. She has served on a number of boards and in a variety of volunteer activities, including teaching English as a Second Language and counseling in a crisis intervention center. 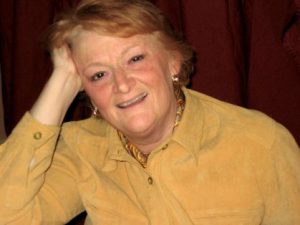 Joan comes to SCF with a belief that boomers are redefining the aging process, bringing vigor and passion to their communities. She is dedicated to building an awareness that people can choose how they live at all ages.

An industry leader in radio broadcasting and digital media, Joan has been named to Radio Ink magazine’s list of the Top 50 “Most Influential Women in Radio” for eight consecutive years; she topped the list in 2002, when she was also named Broadcaster of the Year. In 2007, Joan helped found the Women’s Media Center in New York City with partners who include Gloria Steinem and Jane Fonda. She served as national president of All Women in Media (formerly American Women in Radio & TV) and served on the board of the Radio Advertising Bureau and the NJ Broadcaster’s Association.

Joan is a cofounder and spokesperson for the Most Influential Women in Radio group and has served as EVP/COO of Nassau Broadcasting, a privately held radio group headquartered in Princeton (NJ) with stations throughout the Northeast. She has also served as president of a national advertising sales company and as president and founder of a digital, out-of-home, media company in partnership with the NY/NJ Port Authority. She majored in music at West Chester University.

Joan now lives on Marco Island, FL where she does consulting work for media companies around the country. 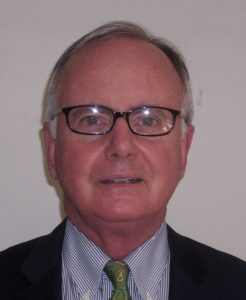 Fritz brings to SCF a longtime interest and involvement in health care and educational organizations, as well as his personal journey to encourage and assist his aging parents. Before opening his private practice in 1983 in Princeton, NJ, Fritz was a law associate at Smith, Cook, Lambert and Miller, PC. He also serves as vice president and director of the Cammerzell Tool & Die Works, where he oversees legal and financial affairs. In 1982, Fritz ran for a Democratic congressional seat in New Jersey.