Skip to content Skip to main menu
Home › Issues In Aging › Ageism › A Stranger Just Called Her ‘Sweetie.’ How Does She Feel?

Journalist Lisa Esposito explores the impact ageism can have on your health as you grow older. She wrote this article for U.S. News & World Report with support from the Journalists in Aging Fellowships program of New America Media (NAM) and the Gerontological Society of America. Her fellowship was sponsored by the Silver Century Foundation. NAM posted her article on Dec. 29, 2015, and it’s reprinted here with permission.

The language used to describe aging, the way people talk to and about seniors, matters. Ageism can hurt your health, research shows. Shedding negative stereotypes and embracing positive attitudes now can help make life better as you get older.

“And what can I get you for dessert, young lady?”

Subtle ageism comes through in the language people use, says Tracey Gendron, an assistant professor in the department of gerontology at Virginia Commonwealth University. It’s a way to treat elders as “others.”

An ageist attitude can come wrapped as a personal compliment. “When we praise someone for looking or being ‘youthful,’ or having a young spirit or body, that in and of itself is problematic,” Gendron says.

Gendron challenges well-meaning people, when tempted to describe an older adult as “79 years young,” to consider what they really mean—that the individual is energetic, healthy, lively, vital or engaged.

Becca Levy, an associate professor of both epidemiology and psychology at the Yale School of Public Health, and colleagues are compiling evidence on the physical fallout of ageism. In study after study, they connect negative stereotypes of old age to worse health outcomes.

On the flip side, subliminal exposure to positive age stereotypes can improve how older people function, according to research presented by Levy at the annual scientific meeting of the Gerontological Society of America in November 2015.

It’s a problem when people conflate aging with being ill or disabled.

Her most recent published study is disturbing: brain changes that are hallmarks of Alzheimer’s disease were much more prevalent in older adults who, decades earlier, had expressed the most negative ideas of what it means to be old.

The study, which appeared online on Dec. 7, 2015, in Psychology and Aging, looked at 158 people in a long-term study, who responded to a scale of attitudes toward old people. Later, they underwent yearly MRI brain scans, and for some who died, brain autopsies.

Participants who held more negative age stereotypes had lost more volume in the hippocampus section of their brains. They also had more buildup of amyloid plaques and “tangles” around their brain cells. These signs are biomarkers of Alzheimer’s disease. Holding positive age stereotypes appeared to have a protective effect on the brain, the study found.

‘Talk to Me, Doctor’

It happens when you accompany an older relative at a health care visit: the doctor talks to you instead of the patient. Alice Fisher, founder of the Radical Age Movement, a national group seeking to raise awareness of and confront ageism, has seen it with her parents’ health providers.

“I would have to say, ‘Could you please talk to my mom? She understands everything you’re saying. I’m not the one we’re talking about,'” Fisher recalls. It was, she says, as if her mother was not even in the room. “That’s absolutely so annoying,” she says. “And it disempowers the person that’s there to be treated.”

In general, Fisher says, it’s a problem when people conflate aging with being ill or disabled. “It’s a fine line,” she says. “If you’re old and you get cancer, well, then you’re sick. But the normal slowing down of the body is not an illness.”

A study by Gendron, published online in July 2015 in the Gerontologist, analyzes ageism in tweets from health-profession students taking part in a senior mentoring program. After each visit with an older adult, participants posted reactions on Twitter.

Twelve percent of these tweets contained discriminatory language, researchers found. Some seemed benign on the surface.

One type of bias is “uncharacteristic characteristics,” Gendron says—referring to certain behaviors as unusual or outside the norm for older people. A study example: “My mentor is truly an amazing woman. She maintains great health and keeps a daily activity that very few people her age are able to accomplish.”

Another example: “infantilizing” language focused on childlike attributes in older adults. “What a sweet woman! I especially love her little winks.”

Some ideas of aging are empowering; others are stress-inducing. In Levy’s 2000 study in the Journal of Gerontology: Psychological Sciences, older adults were subliminally exposed to either positive or negative words used to stereotype aging.

Next, they performed computer tasks involving quickness and accuracy and did verbal and arithmetic exercises under stressful conditions: having a tape recorder placed in front of them, being timed with a stopwatch and hearing a metronome ticking in the background.

Those exposed to negative age stereotypes had significant increases in blood pressure and heart rate following the challenges, compared with people given positive stereotypes.

The findings were in line with another study by Levy and colleagues, which found that people holding negative age stereotypes were at greater risk of experiencing cardiovascular events up to 38 years later, compared with those holding more positive age stereotypes.

“Data show people are happiest when they’re in their 70s and 80s.”
–Tracey Gendron, PhD

Self-efficacy—a person’s confidence in their ability to exert control over their own motivation, behavior and social environment—tends to flourish when people view aging in a positive light.

“We have found that those with more positive age stereotypes tend to be more likely to engage in preventive health behaviors,” Levy says. That includes taking prescribed medications and wearing seat belts.

In Levy’s November 2012 study in the Journal of the American Medical Association, people age 70 and older recovering from severe disability were 44 percent more likely to recover fully in activities of daily living—bathing, dressing, transferring and walking—if they had positive old-age stereotypes.

A 2010 study from France explored how negative attitudes about age create dependency among older adults. Paris Descartes University researchers exposed participants to positive, negative or neutral stereotypes and noted how often they asked for experimenters’ help while completing a task, versus being confident enough to proceed independently. Experiencing negative old-age stereotypes was tied to people taking fewer risks and seeking more assistance.

“Me, I’m not old. But those old people living around me—they’re so stubborn.”

With internalized ageism, seniors have absorbed the old-is-bad message. “We have ‘othered’ ourselves away from quote ‘old people,'” Gendron says. “‘I’m not old—I’m just mature.'”

Then there’s Facebook.  A study led by Levy, published in April 2014 in the Gerontologist, looked at 84 Facebook groups focused on age-related topics. Two-thirds of the groups “excoriated” older individuals, 27 percent infantilized them and 37 percent urged banning them from activities such as driving or shopping. The authors note that Facebook community standards don’t address ageist speech.

Be Kind to Your Future Self

When it comes down to it, ageism just doesn’t make sense. “Watch that language of saying ‘they’ and ‘those,’ and make it about ‘us’ and ‘we,'” Gendron advises. “We’re all aging, every day. It is about ‘us.'”

At any age, people can strive to change unhelpful attitudes. “The ideal would be to get rid of them; if we could have a society without ageism and without negative age stereotypes,” Levy says. But until that happens, she says, question negative stereotypes as you encounter them in media, marketing and everyday life, and look for older role models to bolster a positive attitude and promote good health. 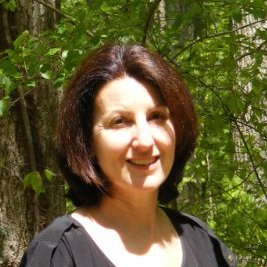 Lisa Esposito trained originally as a nurse but has since earned a master’s in journalism from Georgetown University. She has worked as a reporter and editor, specializing in health news, for a number of publications and now reports on health and medical issues for U.S. News & World Report. She lives in the Washington, DC, area.